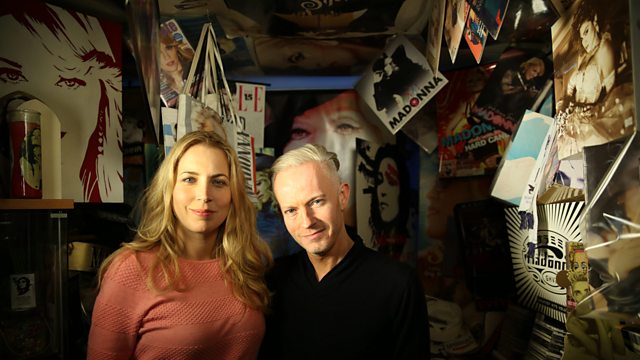 Series exploring the weird and wonderful world of Britain's collectors. The team meet James, a man obsessed with Madonna, owning thousands of pieces of memorabilia.

The team meet James, a man obsessed with popstar Madonna, owning thousands of pieces of memorabilia dedicated to her. James owns everything from magazines and key rings to outfits worn in Evita and a bracelet from the Material Girl video. His collection is squeezed into his London flat, with shelving units behind shelving units and items dripping from the ceiling, but he's desperate to get it in an exhibition. Can Mark and Jasmine help make his dream come true?

The team visit Lego collector Mark who has over 350,000 pieces, all individually sorted into size, colour and purpose. Recently diagnosed with Asperger's, Mark finds the collection helps him deal with his condition, but much of his collection is built and then broken down and repackaged. Can the team help him see his collection in a different light when he gets to put it on display to 60,000 people attending the Lego exhibition, Brick 2014?

And Mark and Jasmine visit a man living with hundreds of hangers-on. 52-year-old Peter shares his flat with a staggering array of puppets from one company, that he's been collecting since he was a young boy. He dreams of putting on an exhibition so he can get them out of their boxes and tell the story of a company that first introduced puppets to the toy market. And he's in for a surprise when Mark reveals what his 30 years of collecting is worth.

See all episodes from Collectaholics