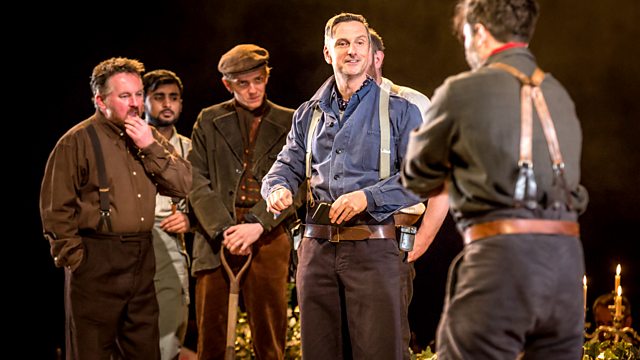 Anne McElvoy hears how Caryl Churchill's Light Shining in Buckinghamshire, written during the political turmoil of the mid-1970s, might cast light on today's political landscape.

As Caryl Churchill's Light Shining in Buckinghamshire is revived at The National's Lyttelton Theatre, Anne McElvoy hears how it resonates with current historical research and how a post-English Civil War play which premiered during the political turmoil of the mid-1970s might cast light on today's political landscape with historians Justin Champion and Emma Wilkins.
Light Shining in Buckinghamshire at the National Theatre from April to June.

Anne McElvoy also visits the British Museum's exhibition Indigenous Australia: Enduring Culture in the company of curator Gaye Sculthorpe, herself of Tasmanian aboriginal descent, and hears from australian aboriginal scholar Christine Nicholls about her own experience of living in an aborginal desert community for ten years. Anne McElvoy is then joined in the studio by anthropologist Howard Morphy to discuss the difficulty of translating the concept of Dreamtime into english and the role its related art has played in shaping views of aboriginal history and contemporary frustrations.

What does Global Shakespeare Mean?