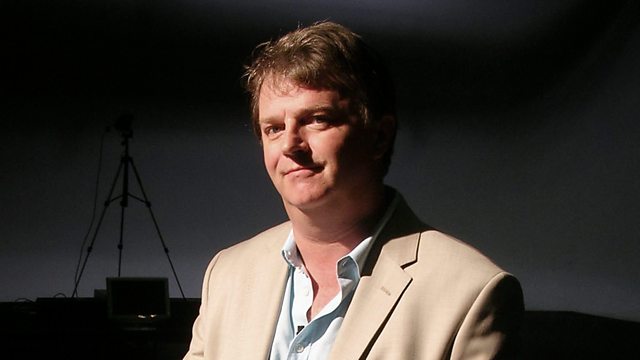 A regular fixture on our radios and TVs - from Just a Minute to Have I Got News For You? But it's pure improvisation that he loves - starting with the Comedy Store Players back in 1985, a gig that he still does every Sunday. And he's about to start a UK tour improvising with a group of friends.

Vanessa Mann on deltiology with a difference - why she buys sets of postcards, with the aim to trace living relatives of the people who wrote and received them.

The sailor and broadcaster Paul Heiney on his voyage from Falmouth to Cape Horn and back, to rediscover his son's voice through the medium of sailing and the poem -'The Silence at the Song's End'.

The i-magician Jamie Allan on how he who fuses sleight of hand with modern technology by bringing i-pads to his performance.

And Anita Dobson shares her "Inheritance Tracks". She chooses: No One But You, by Billy Eckstine and Young at Heart by Frank Sinatra.

Paul Merton's Impro Chums on a UK Tour from 24 April to 17 June 2015.
One Wild Song: A Voyage in a lost son's wake' by Paul Heiney, published by Bloomsbury.
Jamie Allan is currently on a UK tour until 31st May.
On 28 April Anita Dobson will be appearing in a special production of Follies, at the Royal Albert Hall, to mark Stephen Sondheim's 85th birthday.