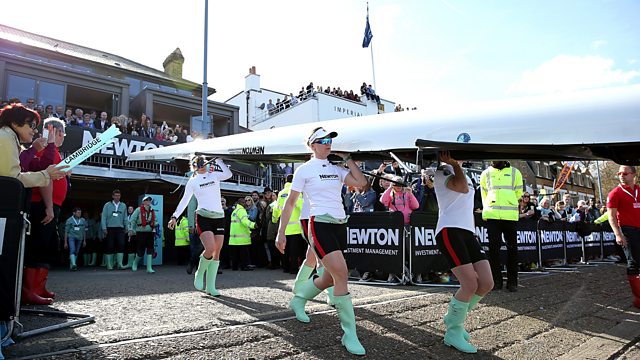 Clare Balding introduces live coverage from the banks of the River Thames on a historic day. The boat race just became the boat races, as the women's competition takes equal billing with the men's - same course, same day, same drama. This will be the 161st race between the men of Oxford and Cambridge Universities and the 70th meeting between the women. It is, however, the first time the women's race has been competed for along the iconic 4.2-mile championship course between Putney and Mortlake in south-west London.

Cambridge have a narrow lead in the all-time standings, but in recent years the dark blues of Oxford have proved formidable opponents - winning 10 of the last 15 men's races and six of the last seven women's contests. But who will win this year? Who will indelibly write their name into the history books of this most traditional yet unpredictable of sporting occasions?

Clare Balding is joined by guests including Sir Matthew Pinsent and Anna Watkins.

See all episodes from The Boat Race 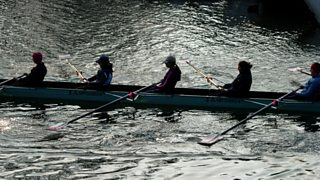 The latest Rowing news plus results, video, blogs and analysis