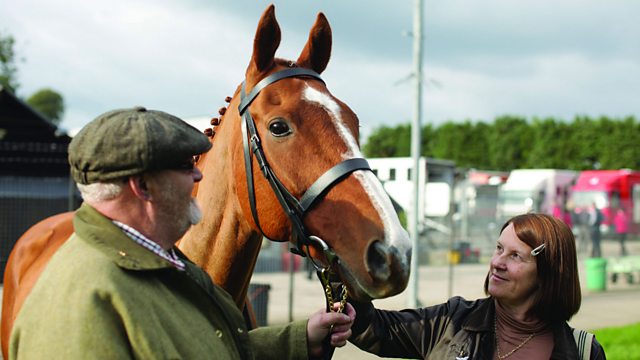 With Kirsty Lang. Including horse racing documentary Dark Horse, changes at the National Theatre, Danai Gurira on her play set during the Liberian Civil War and artist Luke Jerram.

With the surprise announcement that the National Theatre's new Chief Executive, Tessa Ross, is stepping down after just six months in the job, former Artistic Director of the Tricycle Theatre, Nicolas Kent, and Alistair Smith, Editor of The Stage, discuss the challenges within the National Theatre structure.

Dark Horse, a new documentary from film-maker Louise Osmond, tells the story of Dream Alliance, a race horse bought by a barmaid and a group of her friends in a former Welsh mining village which went on to win the Welsh Grand National. Tim Robey Reviews.

Danai Gurira's latest play, Eclipsed, is set during the Liberian civil war, and specifically focuses on the plight of women at that time. She talks to Kirsty about her mission to give voice to the voiceless and to help address the under-representation of African stories on stage and screen.

2015 is Bristol's year as European Green Capital. As part of the city's arts programme to celebrate the award, artist Luke Jerram, who made headlines worldwide last year with his 95 metre Park and Slide waterslide in the centre of Bristol, has created Withdrawn - an installation featuring a small flotilla of boats cast adrift in the city's woodland. Luke takes Kirsty to visit the site and tells her about being inspired by climate change and Radio 4.