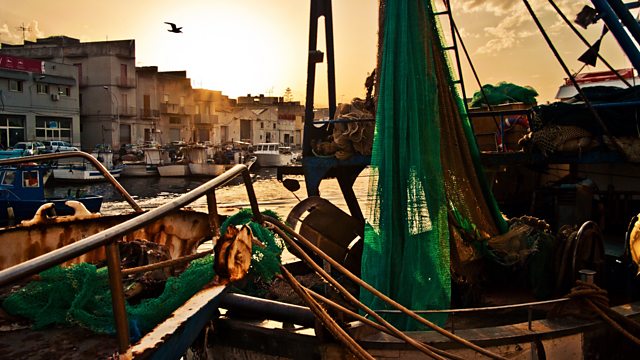 Led by Jane Dolby, whose husband went missing when his fishing trawler was caught in a storm, a heart-warming tale of women overcoming grief through friendship and sea shanties.

It is the most dangerous peacetime job a man can do. And for the wives, mothers and daughters who lose their loved ones to the sea, rather than to war, the burden is no less to bear.

In 2008, Jane Dolby's husband Colin went missing when his fishing trawler was caught in a freak storm. The boat was finally located and lifted from the bottom of the sea - but Colin was not found.

Aside from the emotional pain, there are practical complications. The law says that a death certificate cannot be issued without a body - which means no life insurance and no widowed parents' allowance, despite having four young children to bring up.

So in 2012, united by a common bond of understanding the dangers of fishing and a desire to raise money for The Fishermen's Mission who help so many fishing families in hardship, Jane formed the Fishwives' Choir with women from all over the UK who have lost husbands, fathers, brothers and sons to the sea.

Although the choir was only formed to create a one-off charity record, the women received so many performance requests that they decided to carry on in any way they could. Most had not sung since their school days, but we now join Jane, Laura, Leigh and Wendy as they record their debut album.

This is a tale of transforming tragedy and grief into music and hope.

Lead by Jane and over a bed of raucous laughter, The Fishwives' Tale is a heart-warming and at times hilarious tale of women overcoming grief through friendship and sea shanties - proving that, even in the darkest of times, there is still light.