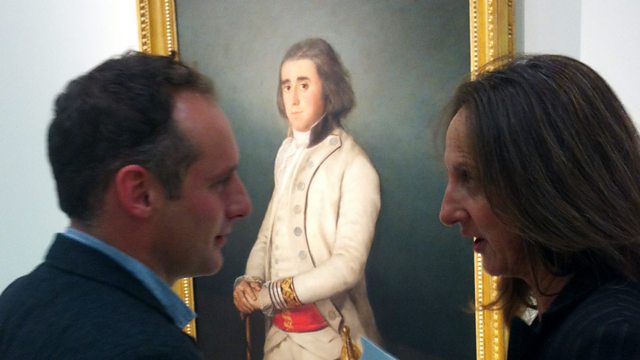 A feature following the work of curator Xavier Bray as he puts together an exhibition of Goya's paintings at the National Gallery in London.

Xavier Bray is a curator on a nail-biting journey to put together the greatest exhibition of portraits by the Spanish artist Francisco Goya, which opens at the National Gallery later this year.

The programme begins two years before that opening in October 2015. Xavier Bray reveals the trials and tribulations bringing together great works of art. We follow him in his efforts to secure the greatest portraits he can, many still hanging in the private palaces of the Spanish families who originally commissioned them. He travels to New York and Madrid to sweet-talk owners, curators and directors of the museums and private collections who are the keepers of these great paintings, including some that have never been seen before ... Can he persuade them? We leave him with six months to go before the doors open in October, later this year.

Xavier is trying to set the record straight on Goya - he was an artist who spent most of his life working as court painter to the King of Spain, who produced some of the most beautiful and moving portraits ever made, who enjoyed hunting and bullfights and who was an artist of the Enlightenment as much as he was of the disasters of war, the black paintings or the wilds of imagination.

Memoirs of the Spacewomen