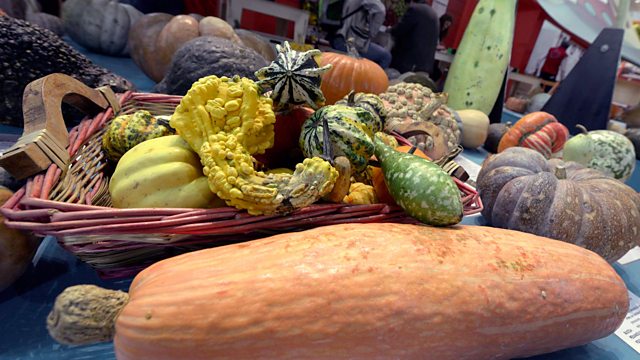 The Ark of Taste

Dan Saladino meets the people working to save foods and flavours at risk of extinction. A global project called the Ark of Taste is now attempting to catalogue traditional foods.

Dan Saladino meets the people working to save foods and flavours at risk of extinction. A global project called the Ark of Taste is now attempting to catalogue traditional ingredients in more than 100 countries.

It was started in the 1990s when a group of Italian Slow Food campaigners realised the flavour of a traditional street food snack had changed. The reason was that chefs could no longer source a local variety of pepper. It's led to thousands of people all over the world submitting their local traditional varieties of fruits and vegetables, rare breeds of livestock, cheeses and other products into the Ark.

As the leader of the project Serana Milano explains it's not just a list. Once an ingredient is placed in the catalogue work begins to find ways of saving it. An early example was a traditional cheese that was being made by one elderly producer. The Ark project led to a group of young producers learning how to make the cheese and so the recipe and technique has been kept alive.

Slow Food is now working with the European Commission, United Nations and Google to record the stories from the Ark of Taste and support projects to keep food diversity thriving around the world.

As Dan explains earlier examples of this work can be found across the UK going back more than a century. Writers including Florence White (Good Things In England), Dorothy Hartley (Food in England) and F. Marian McNeill (The Scots Kitchen) and researchers such as Minwell Tibbott (Welsh Folk Museum) made records of how we produced food and cooked in earlier times.

The Joy of Eggs

Hear stories from the Ark of Taste...

Click here to listen to our award winning archive of food stories from The Ark of Taste.