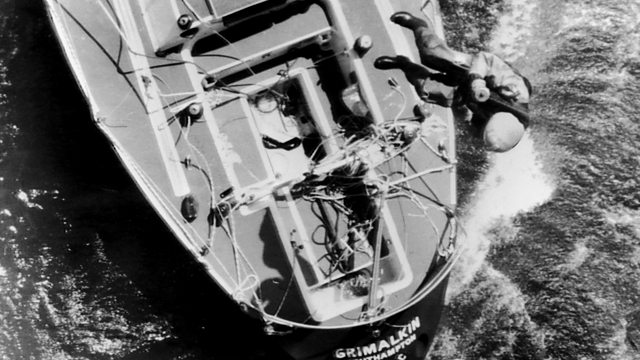 Sue MacGregor reunites five people who experienced the worst disaster in the history of ocean racing, the Fastnet Race of 1979.

Sue MacGregor reunites five people who experienced the worst disaster in the history of ocean racing - the Fastnet Race of 1979.

It was the race that every ocean going yachtsman aimed to complete at least once in his life-time. A 600 mile course through mercurial tides and dangerous headlands, the Fastnet was the Grand National of ocean racing. In 1979, Former Prime Minister Edward Heath and CNN founder Ted Turner were among the 2,500 competitors.

But as they made good progress around Land's End and up towards the south coast of Ireland, the wind was changing. Described as the storm of the century, Low Y was a depression which swept across the Atlantic gathering force. Fifty foot waves and winds of up to 60 knots took forecasters by surprise and scattered the 300 plus yachts taking part.

Unknown terror, selfless bravery and superhuman strength saved most of them, but 15 people perished.
Joining Sue around the table to look back on the wildest and most desperate night in ocean racing history are: Jerry Grayson, the first helicopter pilot sent out to rescue the stricken yachts; Alan Green of the Royal Ocean Yachting Club which organised the race; Nick Ward whose crew-mates abandoned their yacht in a life-raft without him; Christian Schaumloffel who helped rescue Nick; and Stuart Quarrie who was out in the storm with four terrified trainees.