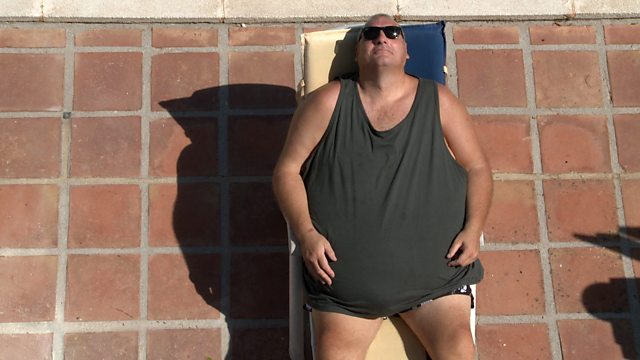 Documentary. Director Matt Rudge travels the Costa del Sol to meet British immigrants living there and discover what the financial crisis in Spain means for them.

For 60 years Brits have flocked to the Costa del Sol. Since the launch of package holidays, it has guaranteed us sun, sea and sausage sandwiches. Up to a million Brits moved to Spain for a better life, but after a huge financial crisis, crippling austerity and plummeting property prices, the dream may be over. Figures suggest that 90 thousand Brits resident in Spain left in the last year alone.

In this film, director Matt Rudge travels the coast to meet some of the last Brits standing: British business owners struggling to turn a profit, pensioners trapped in negative equity and reliant on the Spanish healthcare system, and young British migrant workers employed in Spanish bars and nightclubs. He meets some ex-pats determined to remain no matter what, and others who are resigned to returning to the UK.

But beneath the surface there are simmering tensions between the Spanish public and British immigrants. It seems the UK is far from the only country debating immigration at times of austerity, but in Spain it's the Brits who are the immigrants.

So is the British love affair with the Costa del Sol over?