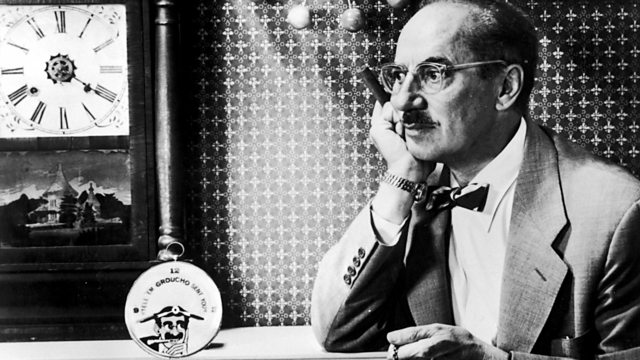 Neil Brand - A Year at the Races

Nearing the end of his career Groucho Marx meets a young star-struck fan, who also happens to be a wisecracking horse doctor. Determined to keep her idol’s star shining, she attempts to teach the old funny man some new comedy tricks.

Neil Brand's fast-talking comedy drama about fame and the lasting power of a witty-one-liner.

A Book by Lester Tricklebank