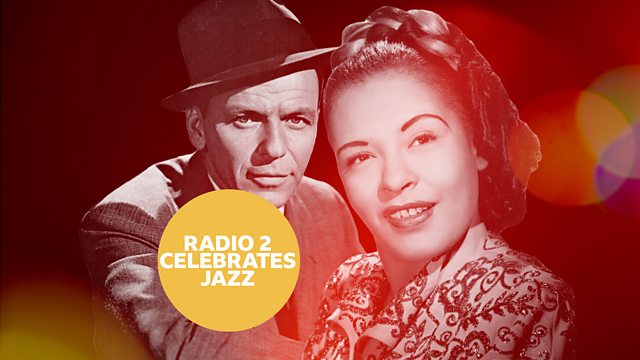 Jamie Cullum looks at friendship between two of the best singers of the 20th Century - Frank Sinatra and Billie Holiday.

As part of Radio 2's Sinatra season, another chance to hear about the remarkable friendship between Frank Sinatra and Billie Holiday.

A young Frank Sinatra met Billie Holiday in 1939 and was immediately captivated by her style and talent. Jamie Cullum looks back to that meeting, and celebrates the interconnected careers of two of the 20th Century’s greatest interpreters of popular song. Sinatra and Holiday were born in the same year – 1915, and their very different lives and careers were inextricably linked By 1939, Holiday was already an established star, Sinatra was an unknown singer from Hoboken.
Twenty years later, Billie Holiday lay dying in New York’s Metropolitan Hospital and Sinatra was at her bedside. Legend has it that he left the hospital to buy her heroin but couldn’t get it past the police guards outside.
When she died, he locked himself in his room with her records and was inconsolable for days. A few months earlier he’d told an interviewer that she was “Unquestionably the most important influence on American popular music in the last 20 years. With a few exceptions, every major pop singer in the United States during her generation has been touched in some way by her genius.”
Jamie Cullum is a huge admirer of both artists and in this programme he traces the story of their relationship and celebrates their talent .