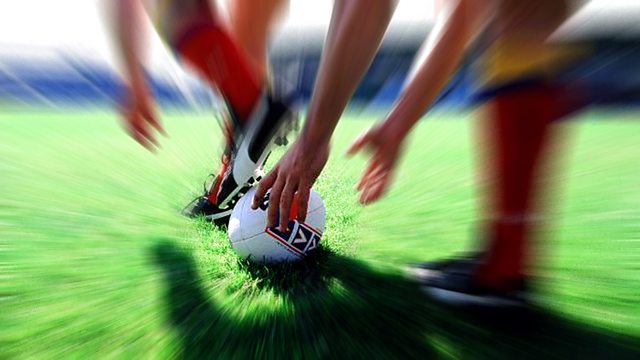 Dougie Vipond is joined in the studio by Chris Paterson for live coverage as Leinster host Glasgow Warriors in a crucial Pro 12 play-off clash.

Coverage from the RDS in Dublin, as Glasgow Warriors travel to the home of the current Guinness Pro 12 champions Leinster in a crucial play-off clash. Glasgow go into this game sitting top of the Guinness PRO12 after 17 games as the crucial run-in to the season begins.

The Warriors will be determined to finish in the top two which secures a home semi-final tie ahead of the final at the Kingspan Stadium in Belfast on the 30th May. Glasgow are going into this game high on confidence, but fresh on their and their supporters' minds will be their defeat in last year's final at the same stadium against the same opponents.

Despite coming close to title success in the last few years, the Warriors know that if they are going to show the rest of the teams in the league that they are capable of being the first Scottish team to win this year's Guinness Pro 12 crown, they are going to have to lay down a marker at the RDS.
The champions go into this match in the unusual position of being currently outside the top four play-off spots.

They will not want to give their crown up easily and will be wounded by their recent form. They will be determined to get into the play-offs, starting with a repeat of last year's final where they dominated their Scottish opponents.

Also on their minds will be their European Champions Cup quarter-final against English giants Bath a week later which promises to be an epic. Having been Pro 12 champions for the last two years running and European Champions on three occasions in the last six years, Leinster are a team full of quality, strength and pride and they will see their challenge on two fronts starting at home against Glasgow.

See all episodes from Pro14 Rugby