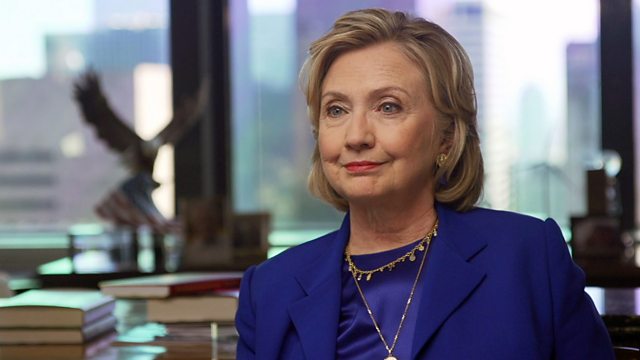 Hillary Clinton: The Power of Women

Documentary. In 1995, Hillary Clinton made a groundbreaking speech, setting down a challenge to treat women's rights as human rights. Twenty years on, has anything really changed?

In 1995, Hillary Clinton made a groundbreaking speech in Beijing, setting down a challenge to the world: to treat women's rights as human rights. Now twenty years on, with Hillary Clinton poised on the brink of announcing a second attempt at the US presidency, this film asks: has anything really changed for the world's women?

With candid interviews with three of the most powerful women in recent history, Hillary Clinton, Condoleezza Rice and Madeleine Albright, this film investigates the struggles they experienced to make a difference to the rights of half the world's population.

And in Afghanistan, India, Egypt and Liberia, the film also talks to those who dared to take power into their own hands.

See all clips from Hillary Clinton: The Power of Women (4)