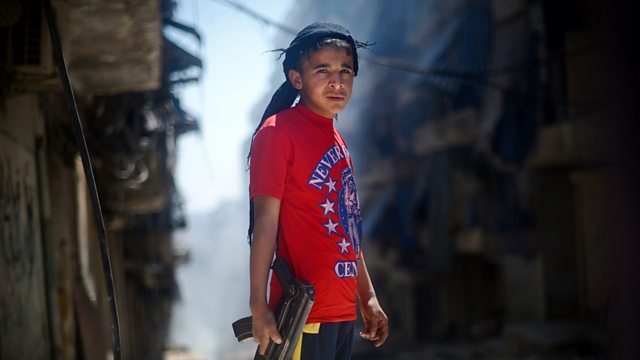 Children on the Front Line

Aid organisations estimate that there are around 300,000 children involved with armed groups worldwide, but with the escalation of the conflict in Syria the number is likely to be much greater.
Children are on the Front Line as never before. They're being recruited in new ways and used in more roles. Many will bear arms - others will act as porters or cooks. 40% of them are girls, who may be married off to combatants or otherwise sexually exploited.
The traditional image of the child soldier is of the boy forced to fight after being abducted.....now many are volunteering after being ideologically groomed or encouraged by their parents and communities. Should such youngsters continue to be seen as victims or held responsible for their actions? And what can be done to stop this trend and keep children out of conflicts?

Amanda Dalton's drama looks at three teenagers whose lives have been affected
by war on BBC Radio 4. Tuesday 31st March 2015 14:15