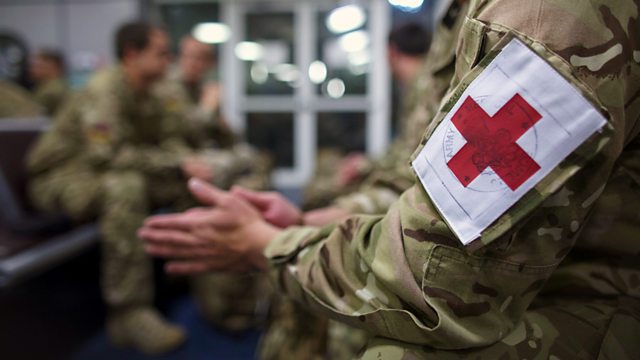 An investigation into why the MOD continues to give soldiers a drug that can cause psychosis, hallucinations, paranoia and confusion.

An investigation into why the Ministry of Defence continues to use a drug that has been shown to cause psychosis, hallucinations, paranoia and confusion.

Lariam, also known by its generic name Mefloquine, is a highly effective anti-malarial drug, but in some people it can cause unpleasant neuropsychiatric reactions, problems with balance and vision, tinnitus and seizures. The drug manufacturer warns that, "Lariam may cause serious mental problems in some people". It also reports a link between Lariam and suicide.

In 2013, the US Food and Drug Administration applied the most serious kind of warning to the drug label, adding that the neurologic side effects may "persist or become permanent". US Special Forces soon banned the drug and launched an investigation into potential cases that may have been previously overlooked or misdiagnosed.

The wider US Army has "drastically reduced" its use of mefloquine, prescribing it only to soldiers who cannot tolerate the alternative anti-malarial drugs - as is also the case in Australia.

So why does the MOD continue to issue it to approximately 2,500 British Service Personnel each year? And is enough being done to ensure its safe use by British Armed Forces? We hear claims from ex-soldiers who felt compelled to use the drug and unable to report the side effects.