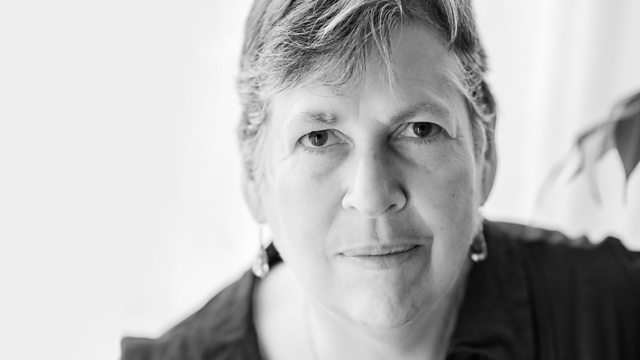 With Patricia Duncker on her new work of fiction about George Eliot, Adrienne Mayor discussing Amazonian women, and Harriet Walter and Guy Paul on collaborating as a couple.

Patricia Duncker talks about her new novel which imagines George Eliot's relationship with her German publishers, Max and Wolfgang Duncker; Adrienne Mayor discusses the strength of women with Professor Melvin Konner, by looking at her history of the Amazons and his work on the end of male supremacy; as an exhibition featuring empty Sansovino frames opens at The National Gallery in London, Anne speaks to Head of Frames Peter Schade about their history; and Dame Harriet Walter and Guy Paul discuss collaborating on stage as a real life couple ahead of appearing in Arthur Miller's Death of a Salesman.

Having taught the MA in Creative Writing at the University of East Anglia, Patricia Duncker is now Professor of Contemporary Literature at Manchester University. Her previous fiction includes James Miranda Barry, and The Strange Case of the Composer and his Judge.
Her novel Sophie and the Sibyl is published on 9 April.

Adrienne Mayor is a historian of science at Stanford University whose latest book looks at the historical and archaeological evidence which underpin myths and tales of war-like women.
The Amazons: Lives and Legends of Warrior Women across the Ancient World is available in hardback and e-book.

Melvin Konner is Professor of Anthropology and the Programme in Neuroscience and Behavioural Biology at Emory University in Atlanta.
Women After All: Sex, Evolution and the End of Male Supremacy is available in hardback and e-book.

Frames In Focus: Sansovino Frames runs from 1 April to 13 September at The National Gallery in London.

Death of a Salesman runs at the Royal Shakespeare Theatre in Stratford-upon-Avon until 2 May.

Sex and Numbers, Nick Broomfield, The History of the Audiobook