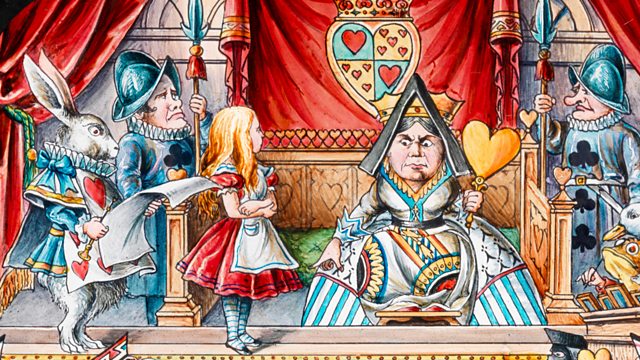 Lewis Carroll and the Story of Alice.

On Start the Week Andrew Marr talks to Robert Douglas-Fairhurst about the life of Lewis Carroll. Alice's Adventures in Wonderland has become an influential part of our cultural heritage but beneath the fairy tale lies the complex history of the author and his subject. Gillian Beer explores the links between Darwin and Carroll and the struggle to define and classify a changing world. The children's author Katherine Rundell enjoys the chaos and ambivalence in the Alice stories, and brings a sense of adventure to her own work. Centuries earlier, as intrepid travellers returned from distant lands with tales of wonder and exotic beasts, fearful hybrid monsters were all the rage as Damien Kempf describes in his Medieval Monsters.

Robert Douglas-Fairhurst is a Fellow and Tutor in English at Magdalen College, Oxford.

The Story of Alice: Lewis Carroll and the Secret History of Wonderland is published by Harvill Secker.

Are you animal or vegetable or mineral? : Gillian Beer will be discussing the links between Charles Darwin and Lewis Carroll at Brighton Festival on Thursday 14 May at 8.00pm.

Katherine Rundell is a children’s novelist and a Fellow of All Souls College, Oxford.

Rooftoppers was published by Faber & Faber.

Damien Kempf is Senior Lecturer in Medieval History at the University at Liverpool.

Medieval Monsters, co-written with Maria L. Gilbert, is published by the British Library.