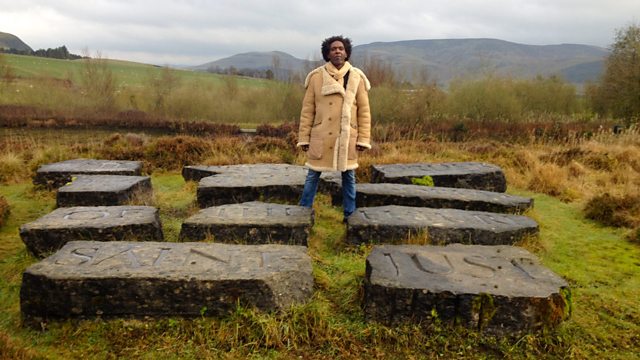 Lemn Sissay explores the increasing amount of poetry in Britain's outdoors and asks if it is an imposition or an addition to the environment.

In the early nineties, for a bet, Lemn Sissay wrote a poem for one of his favourite pubs - Hardy's Well in Rusholme in Manchester. Since then, he and many other poets have written more and more for public spaces in Britain - both urban and rural. Travelling to Hebden Bridge, Little Sparta in Lanarkshire, Manchester and London, he asks what these poems are doing in the outdoors, if they really belong there, and who they are for.

Interviews include Simon Armitage talking about the Stanza Stones poems he wrote for the Pennine Watershed, text artist Robert Montgomery, Canal Laureate of the UK Jo Bell, and the letter carver Pip Hall.

A Unique production for BBC Radio 4.