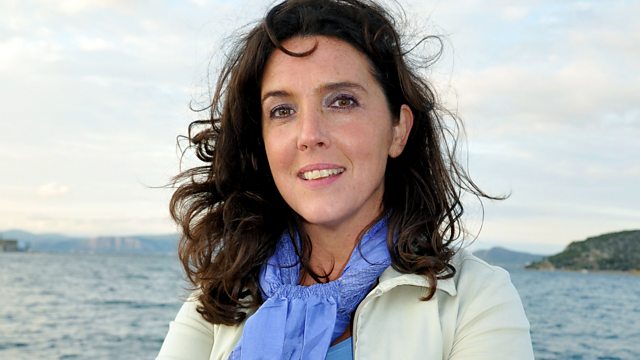 Bettany Hughes traces how an anthropologist invented the idea that the Caucasus was the home of the white race referred to as 'the Caucasians'.

Historian Bettany Hughes continues her journey through the Caucasus, the land that sits on the boundary of Asia and Europe, to understand its mythologised and pivotal place in Western history. In this second part, she traces how an anthropologist invented the idea that this region was the home of the white race "The Caucasians", still heard today in descriptions of white criminal suspects as "Caucasian males". And she finds how the writings of Pushkin and Tolstoy it became a a 'Russian version of the Wild West'.

For the Ancient Greeks, the Caucasus was home to the Golden Fleece, the Amazons and Prometheus. In the Christian tradition it was thought to be the resting place of Noah's Ark after the flood. In this series, Bettany travels to the region to find the roots of these stories and test how far the myths are backed up by reality.

Written and presented by Bettany Hughes
Produced by Russell Finch
A Somethin' Else production for Radio 3.