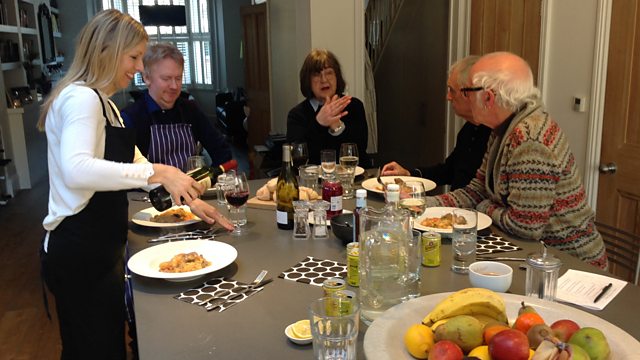 4 Extra Debut. Writer Paul Farley cooks a pot of Scouse as he explores the complex flavours of the Scouse accent in Liverpool. From 2015.

Writer Paul Farley cooks a pot of Scouse for a party of eminent Liverpudlians to explore the complex flavours and disputed origins of the Scouse accent.

In the company of Willy Russell, Gillian Reynolds, Michael Angelis and Roger McGough, Paul explores a rich archive of Scouse voices, charting some of the recent mutations in the accent.