Schedule
BBC Radio 4
It's All About the Bass: Carol Kaye at 80
Main content 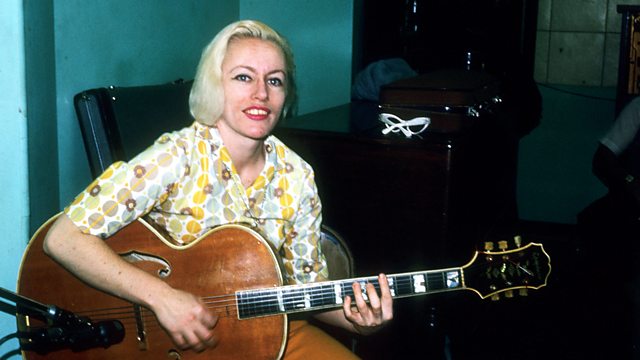 It's All About the Bass: Carol Kaye at 80

Ellin Stein celebrates the eightieth birthday of musician Carol Kaye, the 'first lady of bass', who has been playing guitar since she was 14. With Tina Weymouth and Mark Ronson.

Carol Kaye, the first lady of bass, worked with Phil Spector and The Beach Boys' Brian Wilson, She has been playing guitar since she was 14 - and celebrates her 80th birthday this month.

The number of female band members considered among the best in the business can be counted on one hand. But as far back as the 1960s, when women working in traditionally male circles were few and far between, one of the most respected and in-demand session musicians in Los Angeles was bassist Carol Kaye.

Carol played on such classic tracks as The Monkees' I'm A Believer, Ike and Tina Turner's River Deep Mountain High, The Righteous Brothers' You've Lost That Lovin' Feelin', Barbra Streisand's The Way We Were and The Beach Boys' California Girls- - as well as most of Pet Sounds and Smile. She also played on the themes from Batman, Mission Impossible and Born Free, along with some 10,000 other sessions - all the while bringing up a family as a divorced single mother.

Though not a household name, she is highly respected by her peers. Paul McCartney has spoken of how much her melodic bass playing on Pet Sounds influenced him, while Sting has said he learned to play bass from one of the several books she wrote on the subject.

She will be 80 this month, yet continues to teach via Skype from her home in Rosamond, California.

The program includes Carol Kaye's recollections of the musicians and producers she has worked with, along with comment from some of the female musicians she may have been a role model for - such as David Bowie's bass player Gail Ann Dorsey and Talking Heads' bassist Tina Weymouth.