Live from the Barbican

It's hard to think of a more influential figure in post-war European music than Pierre Boulez. As a composer, conductor, thinker and cultural leader he has interrogated multiple pathways and possibilities in music, and asked the big questions. His relationship with the BBC Symphony Orchestra began in the 1960s, blossomed during his years as Chief Conductor, and went on to sharpen and invigorate the whole British music scene.

Boulez's 12 Notations for solo piano were composed in 1945, and in the 1970s and 80s he revisited the set - orchestrating five of them. The BBC Symphony Orchestra opens the concert with these miniatures, affording the listener a thrilling insight into the compositional development of a true provocateur.

This is the third of the three concerts in the BBC Symphony Orchestra's Total Immersion: Pierre Boulez at 90 - day of celebration at the Barbican in London. 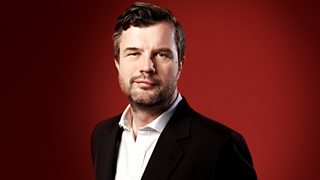 Petroc Trelawny pays tribute to the French composer and conductor.