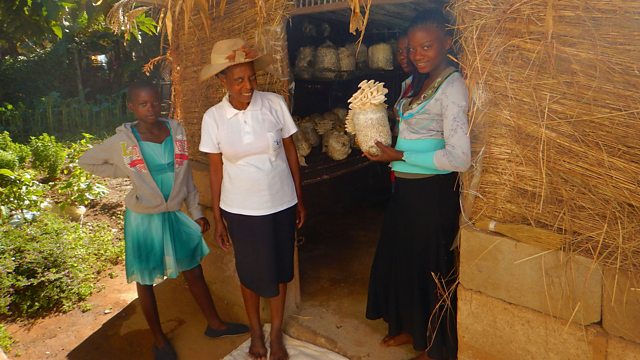 Chido Govera grew up in rural Zimbabwe, and was orphaned aged seven. She suffered abuse and struggled to find enough food for herself and her younger brother. But she found a way out of her situation - through the power of mushrooms - becoming an acknowledged specialist in growing edible fungi using food and agri-waste.

Chido is now teaching hundreds of orphans and other vulnerable people in Zimbabwe and beyond how to break the cycle of poverty and abuse, and delicious mushrooms are at the heart of it all.

Isabel Soares, an engineer from Portugal, set up Fruta Feia (or ugly fruit) to deliver perfectly good fruit and veg that were being discarded by the big retailers, to a willing community. Its community co-operative model is now wildly successful in Lisbon.

John Greany Sørensen is a scientist by day, chef by night, who in his lab at the University of Copenhagen stumbled accidentally on a way of creating something truly extraordinary from rejected vegetables - veg crystals.