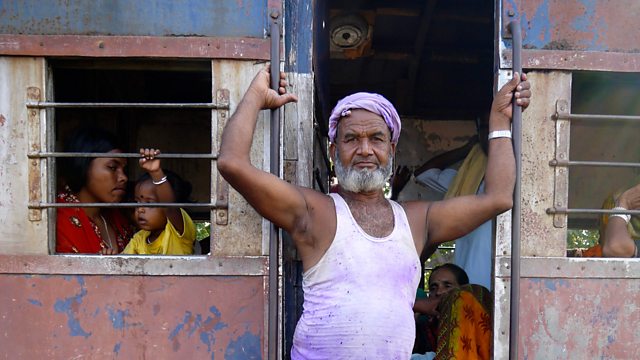 The Last Train in Nepal

A look at a railway line which runs for just 20 miles from Janakpur in Nepal to Jaynagar junction in India, but which is now under threat of closure.

In 1927 a British civil servant drew a line on a map to define the border between their Indian empire and the kingdom of Nepal. Today, that border line is only marked by a chain of boundary stones and pillars - it's a border that is almost invisible.

This is the story of an international railway line. It runs for 20 miles from the little-known town of Janakpur in Nepal and crosses over the border to Jaynagar junction in India.

But now the last train in Nepal is under threat of closure. Starved of funds from central government, the train and the track are in a dilapidated state. Derailments are common and the engine often breaks down. Yet it's a lifeline both for the community and the railway workers - their little train is held together with determination, invention and love.

Regina is strong, independent Nepali woman, married at 12 and pregnant at 13. Deserted by her husband, she's now a single mother of two teenage boys. She makes a living as a smuggler of small household goods. But it's illegal, so even when the train is running there's always the chance of getting caught.

Aarman is a ticket collector in Janakpur station. Married with three small children, he's the sole breadwinner for an extended family and he hasn't been paid for three months. Already deeply in debt, he wanted to send his kids to school, but if the line closes he's out of job - and no job means no money.

This is the story of the last train in Nepal and the community and railway workers who struggle every day to keep their train and their hopes alive.