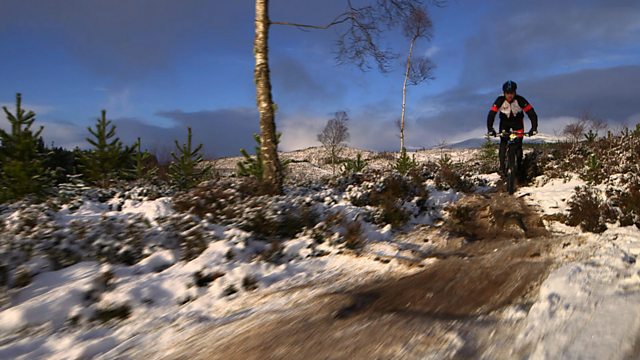 In this month's Adventure Show, the team are at Strathpuffer 24, one of the world's toughest mountain bike races, which is celebrating its tenth anniversary.

In the middle of winter, with 17 hours of darkness, over 850 competitors head north of Inverness for one of the world's toughest mountain bike races - the Strathpuffer 24. This is the tenth anniversary of the event and the largest ever 'Puffer. Conditions are testing, with ice, snow and mud pushing the competitors and their bikes to the very limit.

Also in this programme, Cameron McNeish leaves the Scottish winter behind for an outstanding wild weekend in the little-known Alentejo region of western Portugal.