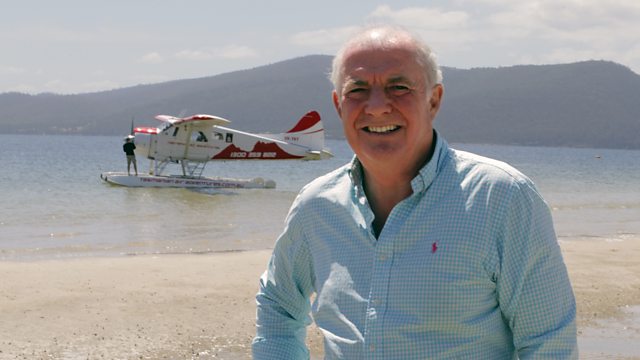 A Cook Abroad
Episode 5 of 6

Cooking show. Rick Stein is in Australia, a country he fell in love with on his first visit at the age of 19, where he learns the art of cooking the aboriginal way.

Rick Stein is in Australia, a country he fell in love with on his first visit at the age of 19. On a journey in search of the ingredients revolutionising Australian cooking, Rick sets off from his new home in Mollymook, New South Wales, up to Sydney before flying to Tasmania.

In Sydney, Rick revisits some of his old haunts and reminisces over his misspent youth, a time when he was fleeing a personal tragedy back home. In the fish market, where his love affair with Australian fish culture began, Rick learns that a staggering 70 per cent of fish eaten in the country is imported. Now, after years of looking to other countries for its ingredients, Australia is beginning to look to its own produce, and the most modern move on the culinary circuit is to go ancient. Rick travels out to Botany Bay, the site of James Cook's first landing, where he gets back to basics, does some foraging and learns the art of cooking the aboriginal way.

But when it comes to cooking with native foods, the sleepy backwater of Tasmania is leading the way. Tasmania is not only an emerging foodie destination but, as Rick discovers, an eco-paradise. He goes hunting for wallaby, samples the best single-malt whisky in the world and tastes sustainably farmed salmon that has become a national obsession. With small-scale producers making a splash on the international food scene, this wild outpost has also become a great business model for a new - sustainable - kind of industry.

See all episodes from A Cook Abroad