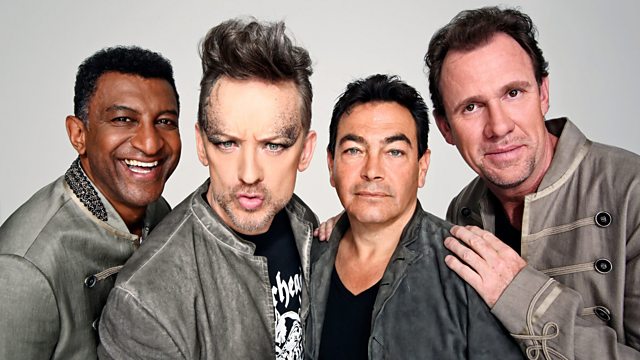 Documentary about Culture Club's 2014 reunion, as they record a new album and embark on a UK and US tour, seen through the prism of the band's sometimes troubled past.

In the early 1980s, Culture Club was one of the biggest bands in the world, selling 150 million records worldwide. Formed in London, the band was comprised of Boy George on vocals, Mikey Craig on bass, Roy Hay on guitar and keyboards and Jon Moss on drums. As well as their UK success, the band was huge in the USA - notching up ten top 40 hits. Being part of Band Aid cemented them as stalwarts of the 80s, a band that broke down barriers and left a huge legacy for the stars that came later, before they disbanded in 1986.

However, they are a band with a past as colourful as their music. George had a secret affair with his drummer Jon Moss and when they acrimoniously split, the band fell apart and George descended into heroin addiction. Over the years there have been numerous failed attempts to reunite the band.

In 2014 Culture Club decided to come back together to record a new album and embark on a UK and US tour. Director Mike Nicholls has unique access, following the band as they first meet in George's London home to write new material. However, it's not long before creative differences and tensions from their past begin to emerge. Faultlines develop further when the band travel to Spain to record the new album, spending two weeks working and living together in a remote recording studio.

As the band return to London to prepare for the tour, they suffer a Twitter mauling after their first big public performance on Strictly Come Dancing. Relations are even more strained when George and the band sign to separate managers and a sudden illness threatens the whole reunion.

The film looks at the band's troubled past, examining the themes of success, fame and ego, and reveals the personalities behind one of the most iconic bands of all time.

See all clips from Boy George and Culture Club: Karma to Calamity (3) 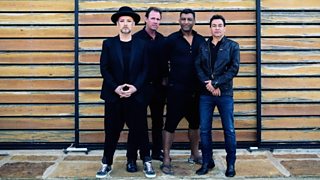