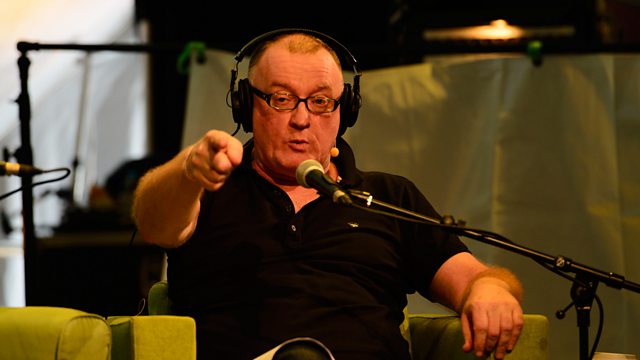 Stuart Cosgrove sits in for Janice Forsyth and talks to Paul Whitehouse about new comedy drama Nurse, plus artist Graham Fagen reveals his plans for the Venice Biennale.

The Performing Rights Society is 100 years old. Chair of the PRS Guy Fletcher, and photographer Lucy Sewill tell Stuart about a commemorative book, 100 Years of British Music, telling the story of music creators in the UK.

Scottish Ballet are on the road with their acclaimed version of A Streetcar Named Desire. Artistic Director Christopher Hampson talks about the tour, and taking the production to the USA.

Comedian Ellie Taylor, best known for presenting Snog, Marry, Avoid, talks to Stuart ahead of her gig at the Glasgow Comedy Festival.

Artist Graham Fagen reveals the details of his forthcoming solo exhibition at the 2015 Venice Biennale.