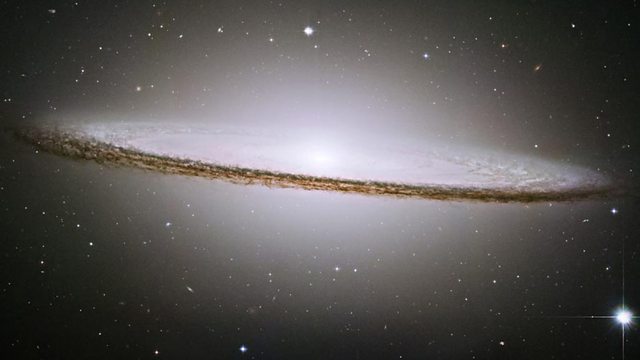 Melvyn Bragg and his guests discuss dark matter, the mysterious and invisible substance that is believed to make up most of the universe.

Melvyn Bragg and his guests discuss dark matter, the mysterious and invisible substance which is believed to make up most of the Universe. In 1932 the Dutch astronomer Jan Oort noticed that the speed at which galaxies moved was at odds with the amount of material they appeared to contain. He hypothesized that much of this 'missing' matter was simply invisible to telescopes. Today astronomers and particle physicists are still fascinated by the search for dark matter and the question of what it is.

Carolin Crawford
Public Astronomer at the Institute of Astronomy, University of Cambridge and Gresham Professor of Astronomy

Anne Green
Reader in Physics at the University of Nottingham

Carlos Frenk at the University of Durham

Anne Green at the University of Nottingham

How Dark Matter Went From Crazy Idea To Bombshell Discovery

The Search for Dark Matter

Gianfranco Bertone, Behind the Scenes of the Universe: From the Higgs to Dark Matter (Oxford University Press, 2013)

Iain Nicholson, Dark Side of the Universe: Dark Matter, Dark Energy, and the Fate of the Cosmos (Johns Hopkins University Press, 2007)