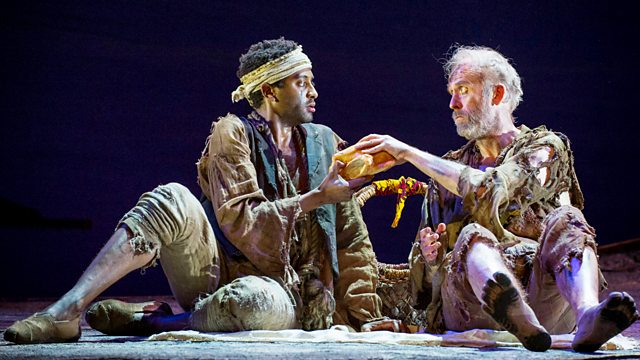 Kirsty Lang discusses the 18th Century artist Joshua Reynolds, whose portraits of actresses, child street sellers and the aristocracy are on show at the Wallace Collection.

Polly Samson discusses her new novel The Kindness, a tale weaving together love, grief and deception. Polly considers the similarities between novel-writing and creating song lyrics for Pink Floyd.

English Touring Opera director Iqbal Khan on the UK premiere of Donizetti's The Wild Man of the West Indies, his opera which depicts slavery in the Caribbean, written in 1833.

For two weeks, authors without an agent have been able to submit a manuscript directly to the publishers Tinder Press, with the promise that it will get read. This is the third such 'open submissions' scheme to be run by a mainstream publisher. Kirsty Lang talks to Mary-Anne Harrington of Tinder press and Andrea Bennett, whose novel Galina Petrovna's Three-Legged Dog Story is the first to be published through an open submission scheme.

Joshua Reynolds: Experiments in Paint is showing at The Wallace Collection, London from 7 March to 12 June 2015.

Kirsty Lang talks to Polly Samson about her new novel, 'The Kindness', a tale weaving together love, grief and deception.

Front Row looks at open submissions in publishing. This month sees a great opportunity for any unpublished authors. Tinder Press has announced that for two weeks authors without an agent can submit a manuscript directly to them, and it will get read.