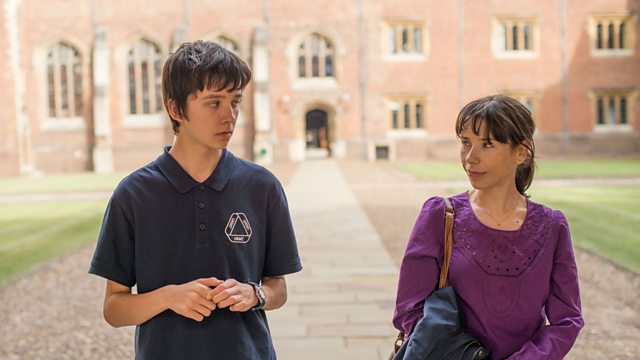 Sally Hawkins and Rafe Spall star in X+Y, a new film which focuses on an international competition for maths prodigies and features Asa Butterfield as a mathematically gifted boy with autism. Leslie Felperin reviews.

Booker-shortlisted author Tom McCarthy, whose latest work of fiction is Satin Island, explains why he rejects the idea of the contemporary novel.

How to make a drama out of a crisis: housing is the inspiration for three plays which explore the lengths people will go to get a foot on the ladder. Two of the playwrights, Philip Ridley and Matt Hartley, discuss the dramatic possibilities of bricks and mortar.

And who is Richard Diebenkorn? The artist is revered as a great post-war master in his native US, but he is largely unknown here in the UK. As the Royal Academy prepares to stage a retrospective, curator Sarah Bancroft discusses the painter whose work hangs in Obama's personal quarters in the White House.

X + Y is in cinemas from Friday 13 March, certificate 12A

Images (above and left): Photo by Nick Wall

Satin Island by Tom McCarthy is available in hardback and ebook from Thursday 12 March.

Radiant Vermin is showing g at the Soho Theatre in London from 10 March until 12 April.

Richard Diebenkorn exhibition is showing at the Royal Academy of Arts from 14 March until 7 June 2015.