Schedule
BBC Radio 4
The Life in My Head: From Stroke to Brain Attack
Main content 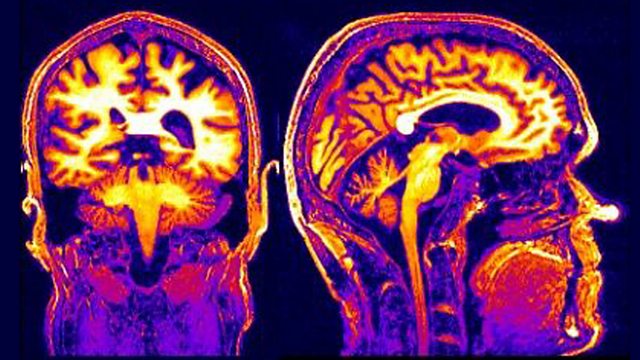 The Life in My Head: From Stroke to Brain Attack
Episode 2 of 2

Robert McCrum, who survived a severe stroke in 1995, goes through an intensive two-week rehabilitation course to rejuvenate his left side.

Robert McCrum journeys into his own brain to understand more about stroke.

Ever since he suffered a severe stroke in 1995, Robert has been living with its consequences. He says, "It's one of the remorseless side-effects of the affliction that, if you survive it, you will live with its after-effects and the conundrum about existence it poses, for the rest of your life." The demands of an ongoing recovery still have to be met.

In the second programme, we follow Robert through an intensive two week long rehabilitation course to rejuvenate his left side. This is conducted by Consultant Neurologist Dr Nick Ward at the National Hospital for Neurology and Neurosurgery in London. Ward is at the cutting edge of neurological research, but Robert is sceptical that his condition can be improved when part of his brain, roughly the size of a lime, is dead and sending no signals to the rest of his body.

In the process, Robert explores stroke rehabilitation more generally and seeks to understand more about the brain's "plasticity"- its capacity to find fresh neural pathways and repair itself.

See all episodes from The Life in My Head: From Stroke to Brain Attack