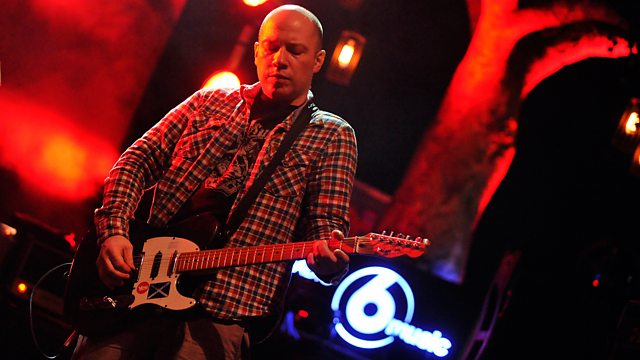 Scottish exponents of ambient guitar Mogwai are celebrating their 20th anniversary in 2015. Formed by Stuart Braithwaite, Dominic Aitchison and Martin Bulloch, and now accompanied by John Cummings and Barry Burns, the band take their name from the creatures in the film Gremlins. They've released eight albums to date, the most recent Rave Tapes dropping in January 2014 and earning them their first UK Top Ten appearance.

Interpol first came to attention with 2002's Turn on the Bright Lights, and a spot on the BBC's Sound of 2013 list. They returned from a hiatus in 2014 to deliver fifth album El Pintor. Originating from New York City, Paul Banks, Sam Fogarino and Daniel Kessler's dark post-punk sound is often compared to British bands like Joy Divison and The Chameleons. Their last three albums have all reached the UK Top Ten, with 2007's Our Love to Admire hitting no.2, only being kept off the top spot by The Enemy's debut release.

Mary Anne Hobbs currently hosts the most gorgeous way to wake up on a weekend with her 7.00am-10.00am shows on Saturday and Sunday on BBC Radio 6 Music.

See all episodes from The 6 Music Festival