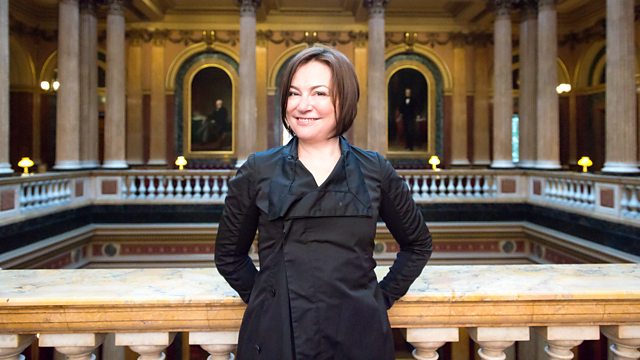 Suffragettes Forever! The Story of Women and Power
Episode 1 of 3

Documentary series presented by Amanda Vickery exploring the origins of the suffragette movement, beginning with the impact of the revolutionary politics of the late 18th century.

In this series, historian Amanda Vickery explores why, in the early 20th century, thousands of British women joined a violent militant organisation. In the struggle for women's political rights in Britain, the most iconic are the suffragettes - but for Vickery the story begins long before these Edwardian activists.

The suffragette campaign was the inevitable conclusion of a fight that women, rich and poor, had been pursuing for hundreds of years against a system that gave men complete legal, political and physical control over the other half of the population. In this first programme Vickery describes how a wife was the property of her husband - who could if he chose, beat, rape or even sell her to another man. But the revolutionary politics of the late 18th century opened a crack in the door.

From a wife sale at Hailsham cattle market, to the bloodstained streets of Paris on the trail of the grandmother of British feminism, to the heroic Manchester women attacked at Peterloo, to the great opportunity of the Great Reform Act, Vickery describes how at every step men furiously resisted giving women an inch.

See all episodes from Suffragettes Forever! The Story of Women and Power 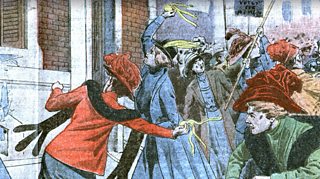 First Ladies: How did women battle into power?