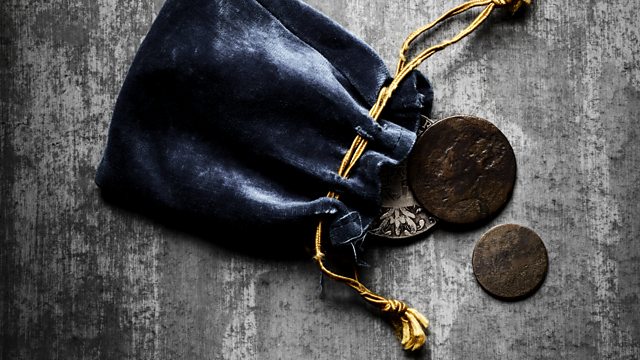 The Origin of Money

David Graeber examines the centrality of debt to the origin of money and in the earliest transactions. From April 2015.

In this episode, anthropologist David Graeber explores the origin of money. Defining money is a surprisingly tricky task. We use it all the time and yet, even among economists, there's no consensus about what money actually is.

You'll commonly hear that money is a measure of value, a store of value and a means of account. David argues that this all boils down to a central question - is money merely an abstraction, an accounting technique, a way of saying five of these things equal six of those, or is it primarily an object, a commodity, a physical thing, that passes from hand to hand?

We're so familiar with money, we rarely stop to think about how it actually originated. Those who do tend to come across the same story: "Once upon a time there was no money, so everyone had to make do with barter. People would simply swap things directly with one another and prices could be negotiated by supply and demand."

This barter story appears in every economics textbook. But there's a problem - it simply isn't true. David Graeber reveals that the barter narrative is in fact a myth and that when anthropologists fanned out across the globe, nowhere did they find people swapping goods as the economists describe.

We tend to think of buying on credit as a modern phenomenon, however David reveals that the earliest transactions were all carried out on credit. He concludes by arguing that money itself emerged not from barter, but as a way of measuring debts.

The Theology of Debt