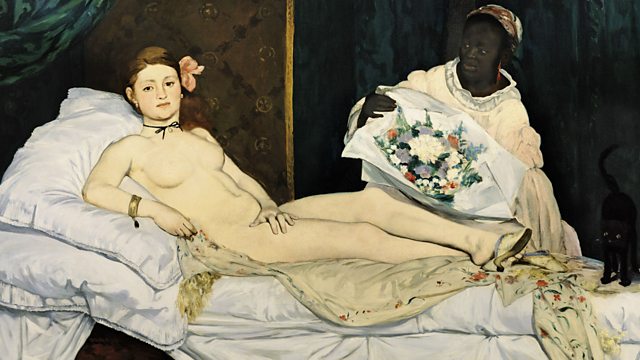 She shares her first encounter with the art work as well as looking at what critics had to say about it at the time it was created.

Born in Tasmania, Hannah's first encounters with art was via books. These taught her the language of art appreciation, but also legitimised her desire to look at 'boobs'. This was just as well as Hannah realised in her teens that she was 'a little bit lesbian' but homosexuality was still illegal in Tasmania at that time.

The painting 'Olympia' was first shown in Paris in 1865. The reclining nude made a lot of people very angry at the time.

Hannah explains what makes 'Olympia' a cornerstone of modern art and what brings her personally back to this painting again and again.

She is assisted by her very own 'Quotebot' who has been inputted with every quote that's ever been written about art. It sounds remarkably like comedy legend and all-round boffin, John Lloyd.