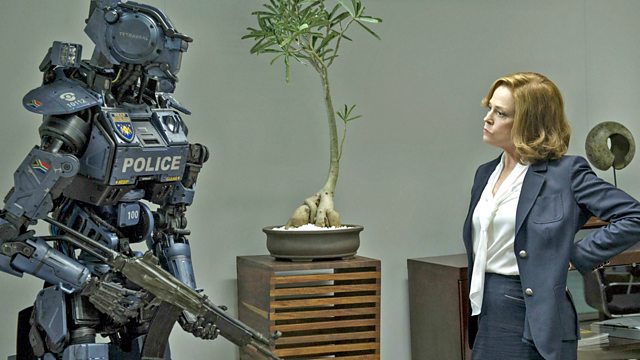 A review of Inventing Impressionism at the National Gallery, a look at anti-semitism in theatre, Sigourney Weaver on her new film Chappie and Simon Rattle's return to the UK.

Over the next couple of months several theatrical stages will host plays depicting Jewish characters. The Royal Shakespeare Company has scheduled two plays to run concurrently - The Jew of Malta and The Merchant of Venice - both of which feature anti-Semitic sentiment and characters, in the form of Barabus and Shylock. Theatre director Justin Audibert and Jewish Studies lecturer Devorah Baum discuss relevance, timing and potential censorship.

Simon Rattle has announced that he will take up a new position conducting the London Symphony Orchestra in 2017. Music critic Tom Service asks what his return means for the UK and whether London will be getting a new concert hall.

Chappie is in cinemas from Friday 6 March, certificate 15.

Inventing Impressionism is showing at The National Gallery in London until 31 May 2015.

Sir Simon Rattle has been appointed Music Director of the London Symphony Orchestra. He will take up his appointment in September 2017.

The Jew of Malta is showing at the RSC’s Swan Theatre in Stratford-Upon-Avon from 18 March until 8 September.

The Merchant of Venice is showing Royal Shakespeare Theatre, in Stratford-Upon-Avon from 14 May until 2 September.

The Merchant of Venice is showing  at the Globe Theatre in London from 23 April until 7 June.

Bad Jews is showing at the Arts Theatre in London from 18 March until 30 May.

Image: Justin Audibert, director of The Jew of Malta at the RSC