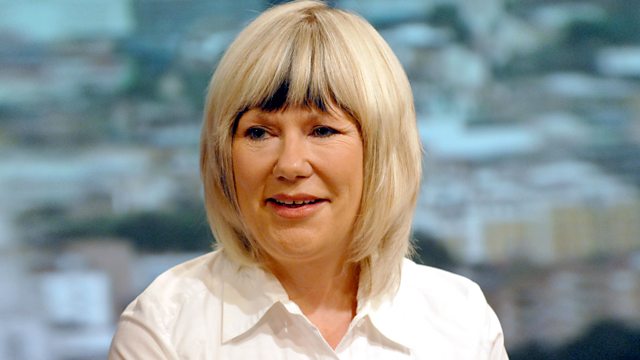 Jane Garvey on the women in Yarl's Wood, Jude Kelly and the fifth year of Women of the World Festival, surviving divorce, and the return of costume drama Poldark after 40 years.

Women in Yarl's Wood detention centre, secret filming by Channel 4 News reveals how they are treated. Jude Kelly and the fifth year of the Southbank Centre's Women of the World Festival. Alexandra Fuller and her memoir on surviving divorce. Series writer Debbie Horsfield talks about the remake of the popular 1970s series Poldark. A love triangle, betrayal and conflict are the ingredients for the BBC One costume drama. And should a parent have to return to work when the children are 7 irrespective of the job or how wealthy the non-resident parent is?

Yarl’s Wood detention centre houses 400 asylum seekers, mainly women. It has been plagued by claims of sexual assault and inappropriate behaviour by male guards. Now Channel 4 News reveal the results of three months of secret filming inside the centre. Natasha Walter, director of Women for Refugee Women joins Jane to discuss the implications of this footage and the recommendations of an all-party parliamentary report on the use of detention in the UK immigration and asylum systems published today.

Over 30,000 people are expected to attend this year’s Southbank Centre's WOW - Women of the World Festival.  300 speakers and performers from around the world will appear at the festival to present concerts, performances, comedy, workshops, talks and debates on hundreds of topics relating to equality for women and girls. Events will also be happening in Cambridge.  Jane Garvey will be talking to its Artistic Director Jude Kelly about how things have moved on since its launch five years ago.

A recent landmark ruling stopping maintenance payments to the former wife of a millionaire is likely to set a precedent for future divorce cases. Tracey Wright, the ex-wife of a racehorse surgeon was told by an appeal court judge to get a job as she had “no right to be supported for life” at his expense. The judge’s message was clear: divorcees with children over seven should go to work. Jane Garvey is joined by family solicitor Christina Blacklaws to discuss whether the ruling is fair, how common spousal dependency is and what impact this case will have on future cases. We also hear from Amy Moodie, who is currently going through a divorce and chose to stop her career as a political researcher in order to support her ex-husband’s high-flying career and raise their children.

A new epic drama begins on our screens next Sunday with a remake of the popular 1970s series Poldark. A love triangle, betrayal and conflict are the ingredients for the BBC One costume drama, set in the 18th century and based on the novels of author Winston Graham. The story centres on war veteran Ross Poldark who returns to find his home in ruins and his former fiancée engaged to his cousin. Series writer Debbie Horsfield joins Jane to talk about why forty years on, another generation of viewers will find themselves hooked by the drama.

Alexandra Fuller has a reputation of being a writer of brutal honesty. Born in England in 1969, she moved with her family to a farm in Southern Africa when she was 3, where she stayed until her mid-twenties. Her first book, Don’t Let’s Go to the Dogs Tonight, is an unflinching memoir about growing up in a family of white settlers in 1970s Rhodesia and her eccentric, hard-drinking, hard-working parents. Her latest work, ‘Leaving Before the Rains Come’ is its sequel.  She talks to Jane about the breakdown of her 20year marriage and the heartache of living away from the continent she knows as home.