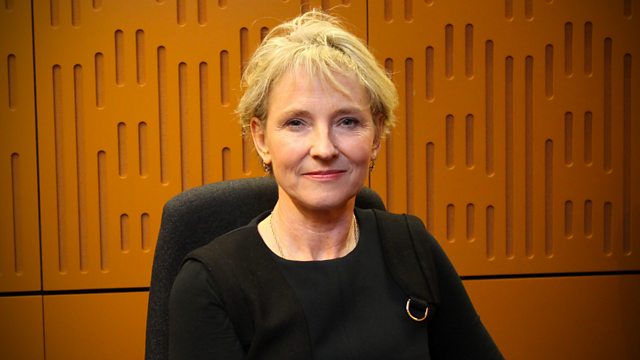 Kirsty Young's castaway this week is the psychotherapist, Julia Samuel.

Counsellor for Paediatrics at London's St Mary's hospital, Paddington, she works with parents whose children have died and children who've experienced loss themselves. She is a Vice President of the British Association of Counselling and Psychotherapy, an Honorary Fellow of Imperial College and Founder Patron of The Child Bereavement Trust - now Child Bereavement UK.

One of five children, she was born into the banking line of the Guinness family. She describes her childhood as rather old-fashioned - her governess was an important figure in her life. As a young woman she worked in Paris and then set up her own interior decorating business. But it was her work with the charity, Birthright that lead to her finding her vocation as a counsellor. In the late 1980s she met and became close friends with Princess Diana who was both a supporter of the Child Bereavement Trust and godmother to her son. Today Julia Samuel is one of Prince George's godparents.