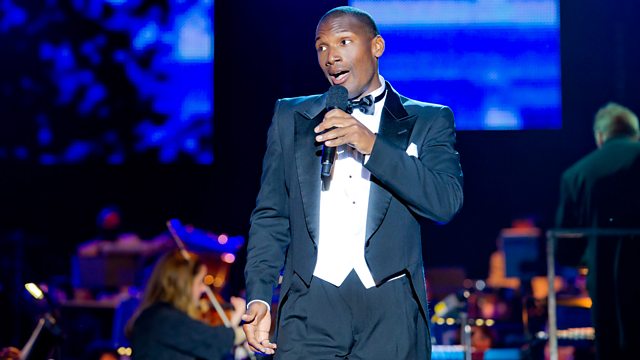 Peter Layton is an artist and glassmaker known as the grandmaster of glass. His new exhibition, Young Masters, showcases work by some of Britain's best young glass artists working today. Peter began his career in ceramics but was drawn to the immediacy and spontaneity of glassmaking in the Sixties. In 1976 Peter opened London Glassblowing and today it is one of Europe's first and leading hot-glass studios. Young Masters - Rising Stars of Studio Glass is at London Glassblowing.

Noah Stewart is an opera singer. For his new tour, So in Love, the tenor will perform some of opera's best loved arias and the music that inspired him as a young boy. Born in Harlem, he won a scholarship to the prestigious Juilliard School and has gone on to sing on some of the world's greatest stages including the Bolshoi Theatre and the Royal Opera House. So In Love is touring the UK. Noah is appearing with English National Opera in the Indian Queen and is playing BF Pinkerton in Madame Butterfly at the Royal Opera House.

Mary Portas, aka Mary Queen of Shops, is a retail guru. Her autobiography, Shop Girl, tells how she started life in hand-me-down clothes and rose to become one of the UK's foremost authorities in retail. She began her career as a window dresser at Harvey Nichols, becoming its creative director and a member of the board. She delivered her report on the future of our High Streets to the prime minister in December 2011. The Portas Review outlined 28 recommendations to rescue failing High Streets. Shop Girl A Memoir is published by Doubleday.

Rosemary Hughes has been a florist for over 40 years and will be supplying floral arrangements for the reburial of Richard III. She was granted a Royal Warrant in 2008, after becoming supplier of nosegays to the Queen in 2002. King Richard III will be reburied at Leicester Cathedral in March 2015.