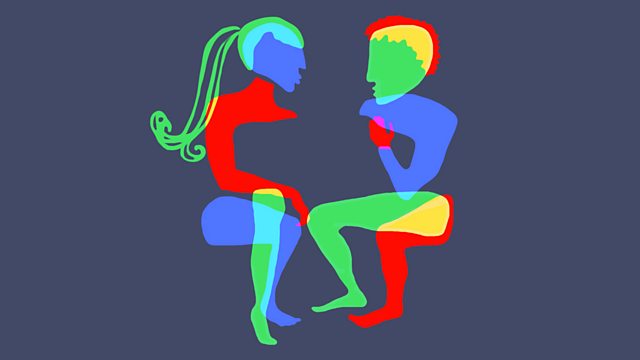 John Harris, of the Guardian, talks to Penny Andrews, a university researcher, about living with autism and what it meant to receive that diagnosis when she was in her thirties.

John Harris, of the Guardian, talks to Penny Andrews, a university researcher, who, after a difficult childhood and adolescence was finally diagnosed as autistic in her early thirties.
John is known for having two consuming passions music, and politics - and luckily he's developed a career that revolves around both. But around five years ago, he acquired a third area of expertise and curiosity: autism.

His son James was born in 2006 and, when he was 3, it was discovered he was autistic. For John and his partner, the next two or three years passed in a blur of educational therapy, tussles with officialdom, James's successful entry to a mainstream school, and reading: lots and lots of it.

In his first edition of One to One, John talked to Simon Baron-Cohen, Professor of Developmental Psychopathology at Cambridge University and Director of the University's Autism Research Centre.

Today he talks to Penny about how the condition has affected her life and how she has learnt to live with it, holding down an intellectually challenging job and married life.

They discuss how schools and employers can help those on the autistic spectrum make the most of the gifts and talents they have and understand better the more challenging aspects of the condition.