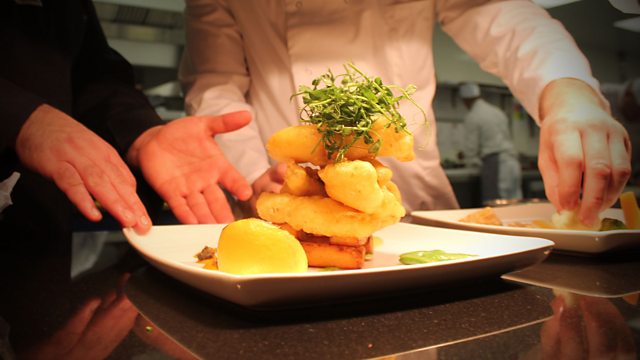 Sheila Dillon goes behind bars to visit the most popular restaurant in Cardiff, which is run by prisoners.

Sheila goes behind bars to visit the most popular restaurant in Cardiff, The Clink, which is run by prisoners.

Ten years ago Al Crisci was a winner at the BBC Food and Farming Awards for his work at High Down prison. At the ceremony he announced that he was going to open a restaurant in the prison which would be run by inmates and would serve high end food to the paying public. Now there are currently three prison restaurants across the country, with a fourth about to open in HMP Styal.

Sheila visits The Clink Restaurant on the site of HMP Cardiff which has recently been voted the top restaurant in the city by Tripadvisor. She speaks with inmates and ex-prisoners about working in a restaurant and whether this model can help reduce prison re-offender rates.

Presented by Sheila Dillon and produced in Bristol by Emma Weatherill.

Soup and the British