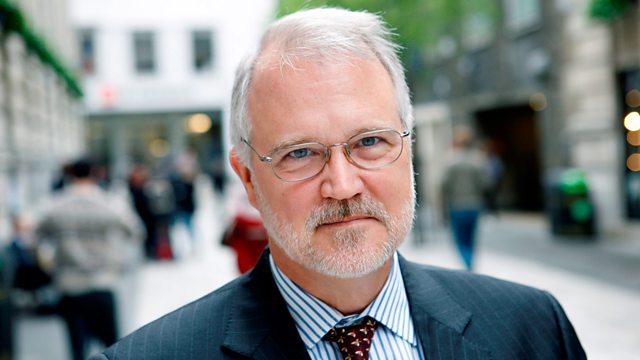 Anne McElvoy explores how we value the arts with sociologist and director of the London School of Economics Dr Craig Calhoun. Plus the winner of the 2015 Paul Foot Award.

As this year's Paul Foot Awards are announced for campaigning and investigative journalism, Anne McElvoy reports from the ceremony and talks to this year's winner.

Also in the first of three interviews with opinion formers from non-arts organisations, Anne talks to the Director of the London School of Economics, the sociologist Dr Craig Calhoun about the things that inspired him to take up a career in the social sciences, what he believes his own discipline can contribute to creating a better society, where it could do better and how those arguments might be applied to the arts. Calhoun discusses his life-long appreciation of E P Thompson's The Making of the English Working Class and African Art.
The artist Alinah Azideh joins Anne in the studio to talk about her latest project, two banners celebrating the 1965 Race Relations Act and the 1897 founding of the National Union of Women's Suffrage Societies now hanging in the Great Hall at the Palace of Westminster and commissioned by parliament as part of its on-going celebrations of the 800 years of Magna Carta. The Suffrage Banner uses words from an early feminist play which was uncovered by one of this year's New Generation Thinkers, the actress and academic, Naomi Paxton. They discuss the way in which creativity has been the life blood of social and political movements since time immemorial.

Social Identity and Belonging in Europe, Valuing the Arts

'The Beginnings of that Freedome' © UK Parliament/JessicaTaylor

Part of 'Parliament in the Making’ at the Palace of Westminster until Monday 30 November 2015.

Being displayed as part of ‘The Beginnings of that Freedome’, part of 'Parliament in the Making’ at the Palace of Westminster until Monday 30 November 2015.

1897 Foundation of the NUWSS, Alinah Azadeh. © Houses of Parliament

Being displayed as part of ‘The Beginnings of that Freedome’, part of 'Parliament in the Making’ at the Palace of Westminster until Monday 30 November 2015.