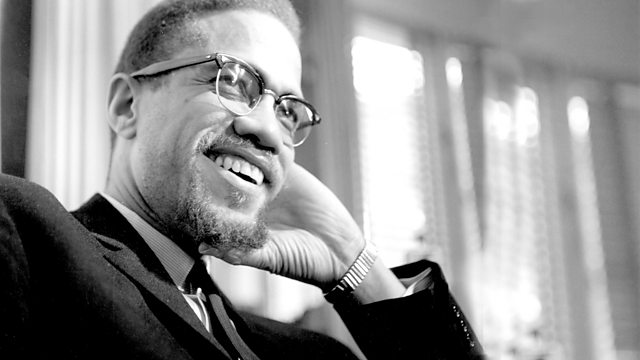 Malcolm X and the 'American Nightmare'

The refusal of the US grand juries to indict police officers involved in the deaths of unarmed black men led to protests in 170 cities. National Guard troops were ordered to Ferguson, Missouri, "Die-ins" were staged in several cities and thousands took to the streets in New York.

The protests have been referred to as a "new Civil Rights Movement", with the name of Malcolm X, and some of his quotes, used on placards and in chants. Many protestors demanded the angry, stronger response reminiscent of his philosophy.

On the 50th anniversary of Malcolm X's assassination, it seems that the Civil Rights leader's legacy is being revived by a new generation - perhaps becoming even more relevant than that of Dr. Martin Luther King, Jr.

With the events surrounding the recent killings of unarmed black men as backdrop, this programme explores the newly framed race problem in the States.

Rapper-turned-activist Tef Poe describes his experience of the protests in his hometown of St. Louis. Several of his songs invoking the name of Malcolm X have become protest anthems.

These powerful voices are played against archive of recent American protests and the speeches of Malcolm X, who in some ways may be considered to be talking about today as much as the 1960s.

Produced by Colin McNulty
A Whistledown production for BBC Radio 4.