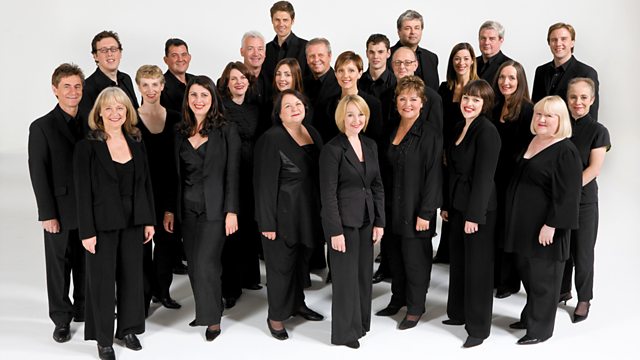 Live from St Paul's Church, Knightsbridge, Stephen Cleobury conducts the BBC Singers in music celebrating the glories of the natural world, from the Renaissance to our own day.

The BBC Singers, conducted by Stephen Cleobury perform music to sing the whole of creation into being.

8.15 Interval: Martin Handley talks to Stephen Cleobury about tonight's programme, and listens to a striking musical portrayal of the elements composed in 18th-century France.

The BBC Singers, conducted by Stephen Cleobury, perform a concert of choral music celebrating the glories of the natural world - from the Biblical account of the seven days of Creation, in Aaron Copland's masterly setting, to the premiere of a brand-new work which looks to Native American Mohawk traditions for inspiration and which its composer, Forrest Pierce, describes as "a discourse on the generous beauties that sustain us on this voyage around the sun". In between, music from the Renaissance and from our own day which praise the wonders of all that surrounds us - sun and stars, sea and sky, flora and fauna.