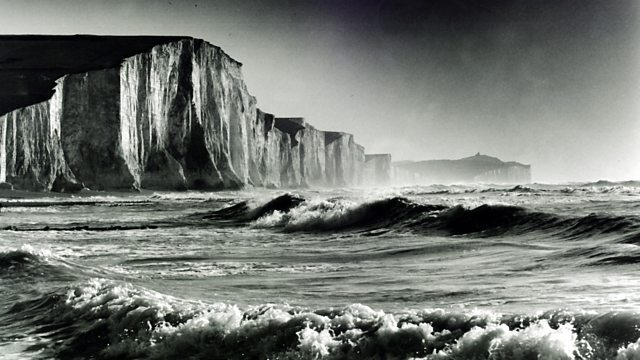 The Cliff
Episode 3 of 4

Geologist Zoe Shipton explains how cliffs can be read like books to reveal the geological history of the earth. Her examples include three cliffs and some boreholes.

"Most people look at a cliff and just see a pile of rocks. But when I look at a cliff I see millions of years of geological time." says Zoe Shipton, Professor of Geology at Strathclyde University. "In cliffs made up of sedimentary rocks, each layer of rock contains clues to how that layer was laid down millions of years ago, and what has happened to it since - we can read those layers like pages in a book". Trying to unpick the geological story of the earth though is far from simple, after all "The Earth is nearly 13,000km across. Geologists are approximately 1.6m tall, trying to unpick the story of a complicated 4D puzzle - ie one varying in space and changing in time. But we are doing this to decipher the history of a planet that is 100,000,000,000,000,000,000,000 times larger than we are". Undaunted, she takes three cliffs; The Book Cliffs in central Utah, the Grand Canyon and Nanga Parbat in the Himalayas to explain how geologists decipher the clues left in the rocks. But rocks are subject to the weather, and so to study them in their natural habitat, geologists use underground rock laboratories. To extend the depths to which we can observe the Earth even further, geologists use geophysical tools such as seismic surveys. But because we can't produce signals strong enough to penetrate into the very centre of the Earth, geologists use natural signals as well. Listening to earthquakes from the other side of the planet provides information which can be used to map the topography at the outside of the Earth's core. "With modern technology we are learning to read the complete atlas of Earth's history." Written and presented by Zoe Shipton, with readings by David Acton. Additional sound recordings by Chris Watson. Producer Sarah Blunt.

See all episodes from The Cliff

Zoe Shipton is a Professor of Geological Engineering in the Department of Civil Engineering at Strathclyde University. She works on the link between faulting and fluid flow in applications such as hydrocarbons, CO2 and radioactive waste storage, and geothermal energy, as well as the structure of modern and exhumed earthquake faults.

She also conducts research into quantifying geological uncertainties and the perception and communication of risk and uncertainty.

David Acton was most recently on tour in A Midsummer Night’s Dream and The Comedy of Errors with the all male Shakespeare company Propeller. He has also worked with Propeller on productions of Henry V and Twelfth Night.

His other work includes: The Woman in Black at the Fortune Theatre; Anjin: The Shogun and the Samurai in Tokyo and Sadler’s Wells, television programmes such as Diaries of the Great War, Doctors, EastEnders, Silent Witness, Hollyoaks and the films After Death, Volume and Persuasion.