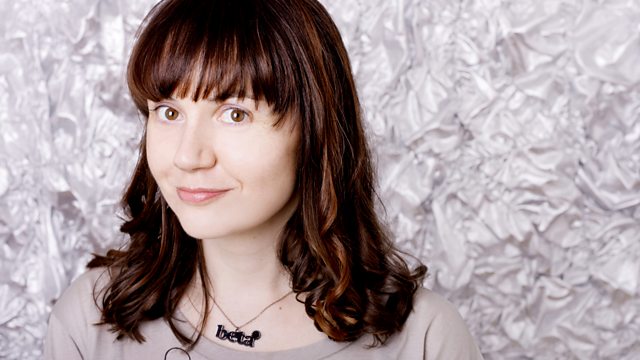 Helen Keen explores the impact of a condition she once suffered from known as selective mutism, a rare anxiety disorder that has been described as a phobia of speaking.

Comedy performer and broadcaster Helen Keen, explores a rare condition that she herself once suffered from, known as selective mutism or SM. An anxiety disorder that develops in childhood, those affected by SM can usually speak fluently in some situations, notably at home, but remain silent elsewhere - such as in school, with extended family members, or even parents. Their inability to speak is so severe that it's been likened to a phobia of speaking, and is often accompanied by the physical symptoms of extreme anxiety. Selective mutism can be mistaken for shyness or worse, a deliberate refusal to talk. But in reality, these children are desperate to speak, to share their thoughts and ideas, to make friends and to fulfil the expectations of their teachers and parents, in taking an active part in class activities. Yet somehow the words remain "trapped" inside as the anxiety, frustration and fear, builds.

Though relatively rare, increasing awareness and official recognition of selective mutism in the psychiatric literature has seen an increase in diagnoses. Today, it's estimated to affect about 1 in 150 children in the UK - roughly equivalent to the number of children who are affected by classic autism. The causes of selective mutism are poorly understood but a genetic component is likely as are environmental influences. What's clear is that without early intervention, SM can take hold and persist well into adulthood and in rare cases can develop into more acute mental health problems. As Helen knows only too well, it can be a lonely place to grow up in as the quiet child is so often, 'the forgotten child'. It wasn't until Helen was in her early twenties that she managed to break the silence.

In this programme, Helen meets some of those affected by SM, including parents and former sufferers as well as experts helping children to find their voice again. Producer: Rami Tzabar. Clip of the Alternative Comedy Experience courtesy of Comedy Central.

SMIRA (Selective Mutism Information & Research Association) is a registered charity offering information and support to families and health and education professionals involved in the upbringing of selectively-mute children. SMIRA offers a wide range of free leaflets, as well as other resources, and runs occasional training courses. There is an annual conference, a social media group offering advice and support, and a website.

iSpeak is a support group and provider of services to young people and adults with selective mutism. If you are parent of a child with SM you can get in touch to be put in touch with another parent with a child of a similar age. There's also information about selective mutism workshops and training.

Information from the NHS about selective mutism

Anxiety UK works to relieve and support those living with anxiety disorders by providing information, support and understanding via an extensive range of services, including 1:1 therapy. Please note there is a charge for membership, after which therapies are offered at reduced rates, dependant on a client’s household income.<?xml:namespace prefix = o ns = "urn:schemas-microsoft-com:office:office" />