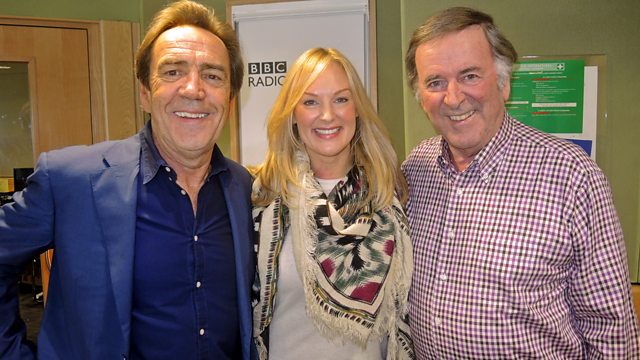 Gretchen Peters and the cast of Dirty Rotten Scoundrels

Terry Wogan welcomes the West End cast of Dirty Rotten Scoundrels and US singer-songwriter Gretchen Peters to the studio to chat and perform live.

Sir Terry Wogan presents his weekend show, easing you into your Sunday lunch with music and musings.

This week he's joined by the West End cast of Dirty Rotten Scoundrels! The show has taken audiences by storm since it opened at London's legendary Savoy Theatre last year. Robert Lindsay and fellow cast members will be joining Terry in his studio to perform two songs from the show live.

US singer-songwriter Gretchen Peters also performs live in Sir Terry's studio today. She's on a short visit to the UK to mark the release of her brand new album Blackbirds.

Midge Ure, plus Chris While and Julie Matthews

The Overtones and Brandi Carlile