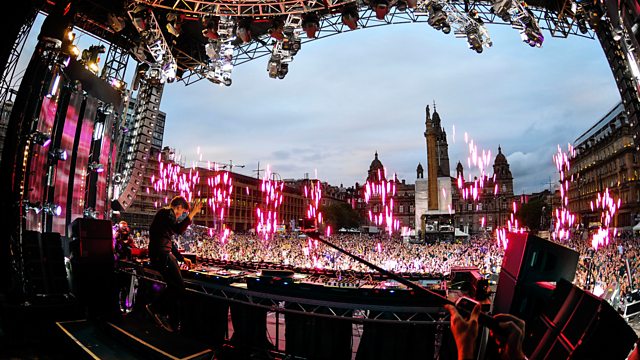 Danny Howard tells the story of Dutch DJ and producer Martin Garrix and finds out how it felt for him to reach international stardom while still a teenager.

Danny Howard uncovers the secret formula that has made Martin Garrix one of the biggest superstar DJs in the world right now, aged just 18.

We hear from fellow DJs Tiesto, Steve Aoki, Julian Jordan, NERVO, Mistajam and Scuba; and meet RJ, Martin's childhood friend from Holland. Martin's manager, Watse, reveals the strategy behind his UK number one 'Animals' and describes how he knew from their first meeting, when Martin was aged just 15, that there was something very special about him.

Martin himself tells us how he feels about the fame, the fans and the haters - and how he now regulalry hangs out with Tiesto, the man who first inspired him to be a DJ. Journalists from the UK and US describe how EDM music has exploded in America and why Dutch DJs seem to do it best. Martin also lets Danny in to a secret about what he does with all the music he can't release under his own name and explains how a certain Scooter Braun, manager of Justin Beiber, is helping him build an even brighter future.

Jessie J: Lyrics of My Life

The Golden Rules of Money